What do our volunteers do?

In a life-threatening emergency, seconds count. The Community Medics volunteers reside in your neighbourhood. They can arrive on the scene within the shortest period of time and stabilise the patient until your nominated Ambulance Service Provider arrives.

Our medics are registered with the Health Professions Council of South Africa (HPCSA) and are trained to the same level as the crews that are working permanently in the Ambulance Services. Our Organisation is registered as an Ambulance Service Provider, and our medical response vehicles are fully equipped to the Department of Health’s specifications.

We are not concerned about whether you have medical aid or not. Our medics will initiate treatment and provide first-world medical care, and you will not be charged for our service.

Due to the tough economic climate, many families have had to forego their medical aids, and our current call volume is up to 2,000 calls per annum. In each of these cases, our volunteers arrived on the scene before the arrival of an ambulance.

Not only do we stabilise the patient and support the family, we will also arrange an ambulance to the patient’s address and ensure that the patient arrives at a hospital for continued treatment. 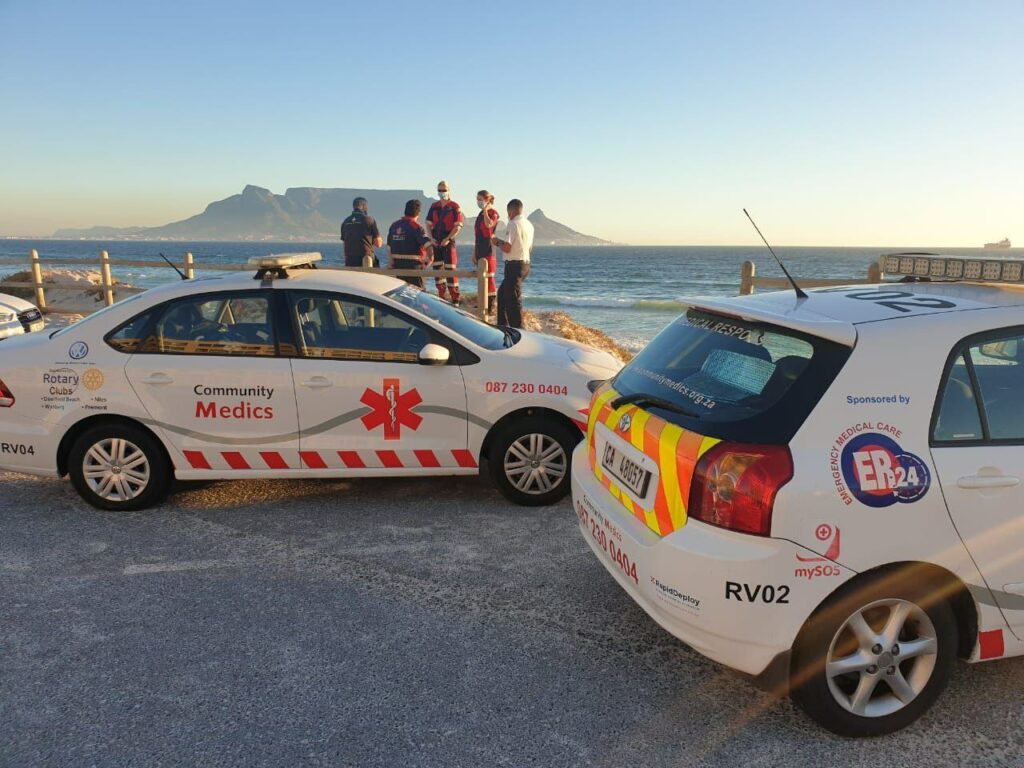 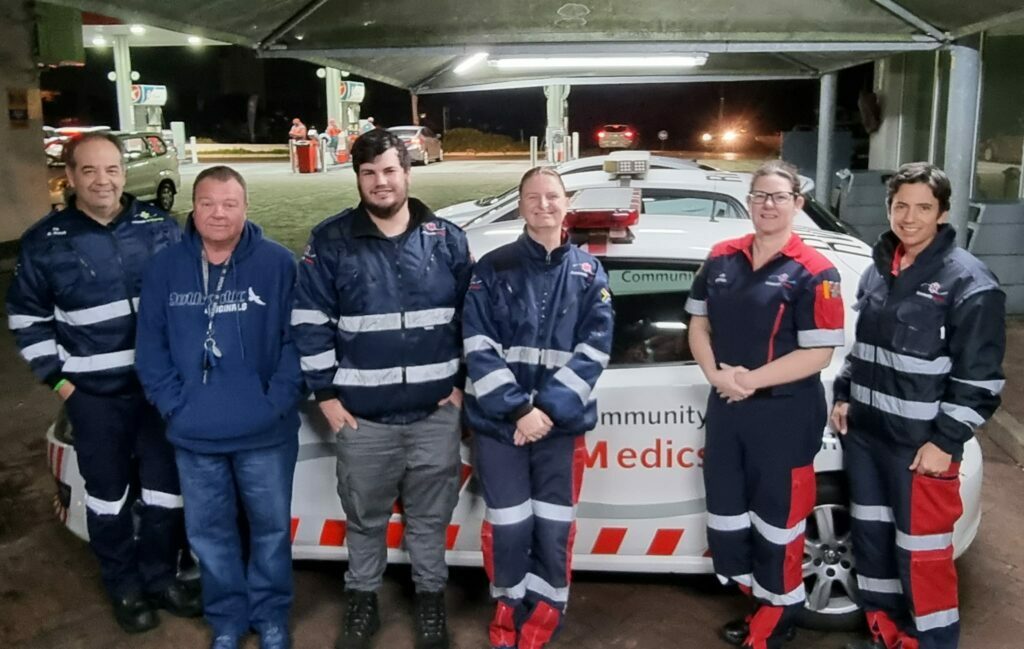 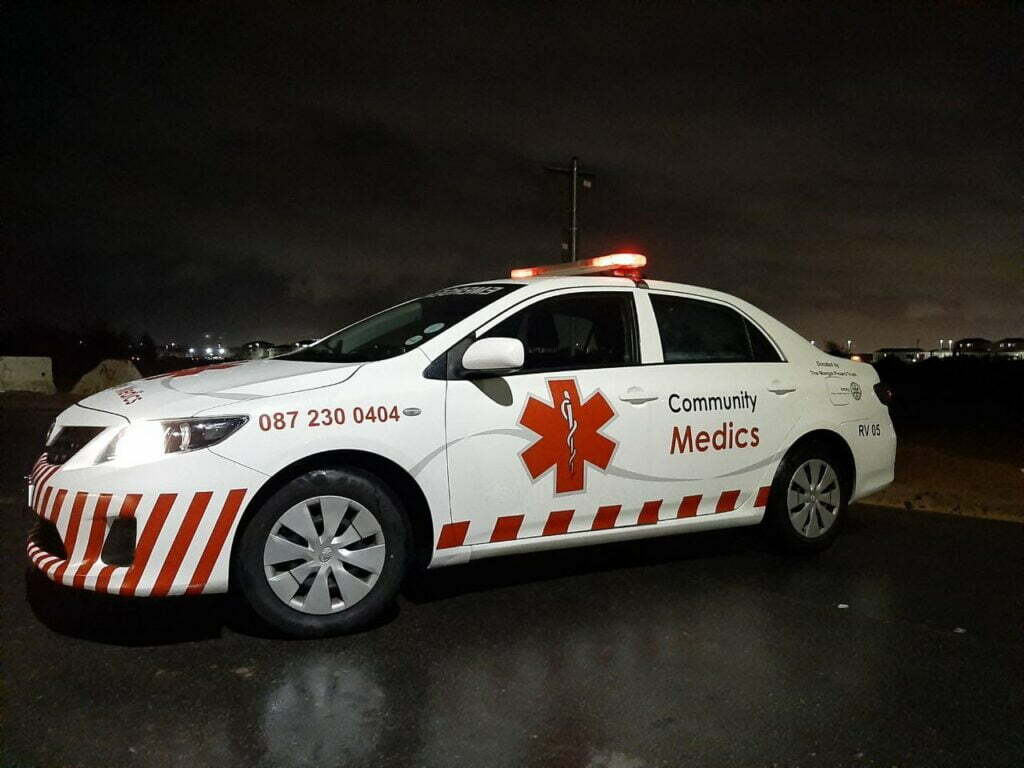 From as early as 1998, two local paramedics identified that the response of Emergency Medical Services (EMS) in the Camps Bay area was lacking and sought to provide a solution. Aptly named Camps Bay Community Medics (CBCM), the team soon accomplished an average response time in Camps Bay – reduced significantly, even beyond international standards – of 8 minutes.

High demand for this level of service led to accelerated growth, and our service extended to include the Cape Town City Bowl in 2013. In 2015, with the impact and success of the first two divisions, we launched the third division to include the greater Table View area.

We identified Table View as a priority project due to significant health-related challenges in the community. The area, which continues to experience accelerated growth, comprises a large proportion of vulnerable groups (elderly and lower socioeconomic classes), compounded by the significant lack of government emergency medical services in the area.

As a PBO and NPO, we rely solely on our partnerships, sponsors, supporters and volunteers to keep us operational. Without the community’s continued support through donations and sponsorships, we would not be able to offer this free, first-world medical response service.

Our vision is to provide first-world emergency medical care, free of charge, to all people in need. Our highly trained team of emergency medical personnel aim to deliver a rapid response to all medical emergencies for all members of the community – regardless of income status.

Our objective is not to duplicate existing ambulance services but rather to assist in a limited resource environment, to prevent long delays in emergency care that could have dire consequences. We strive to improve the standard of care for emergency medicine in South Africa and relieve the burden on state services.

Our service areas
We’re based in the Western Cape, and cover most of the Peninsula – from Camps Bay, Hout Bay, to Cape Town CBD; Milnerton, Table View up to Melkbosstrand and Atlantis.

24-hour emergency line
Community Medics has a 24-hour control room and an automated dispatch system that will immediately alert all the responders and the response vehicles nearest to the medical emergency; our sophisticated tracking system will direct the responder to the exact location.

Our statistics show that we maintain a response time of fewer than 8 minutes to P1 calls.

Response times can be attributed to our 24-hour, manned emergency phone line, the state-of-the-art emergency Dispatch technology, and our volunteers that are on call, working or residing in our operational areas. 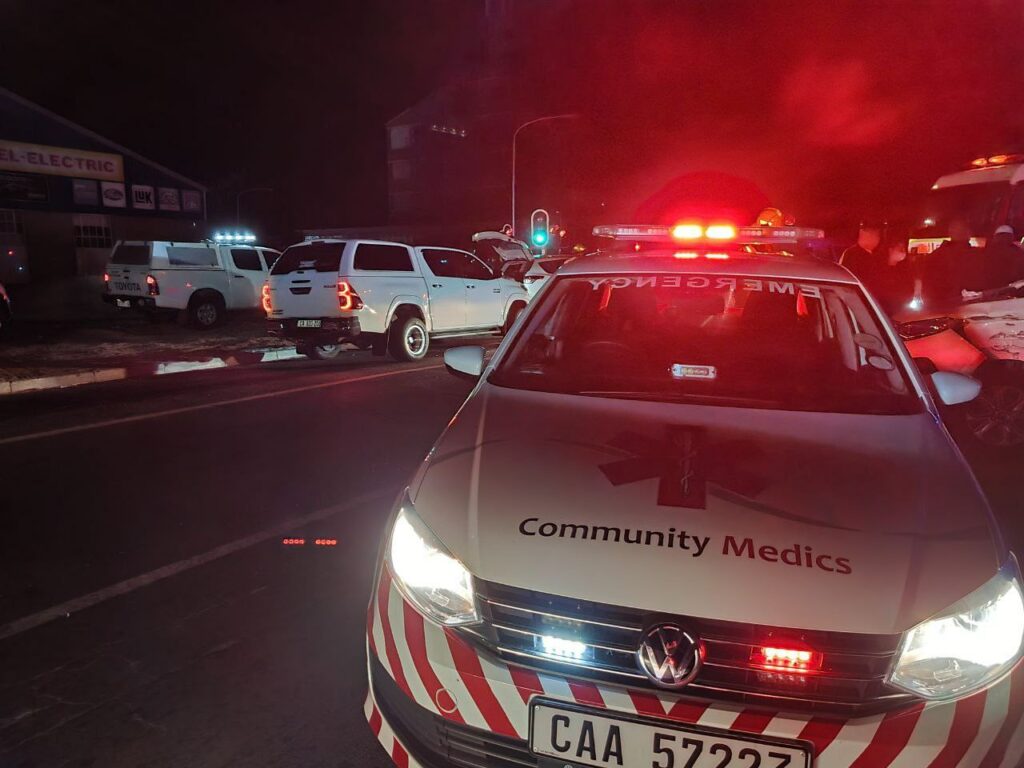